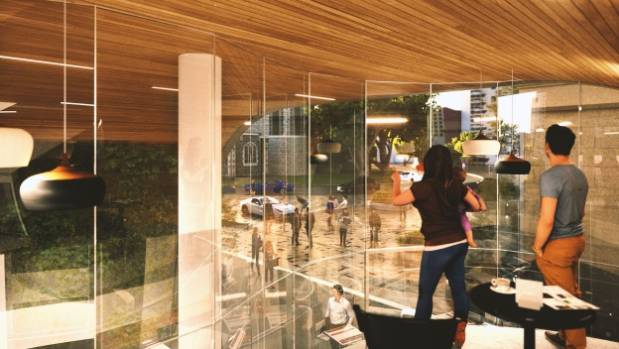 (An artist’s impression of the Cathedral Towers apartment complex planned for 26 Cathedral Square.)

Five million dollars will buy what are probably Christchurch’s priciest apartments – the penthouses in the planned luxury Cathedral Towers.

The first of the two duplex apartments is being advertised now with barbecue decks, spa and lap pools, high-tech controls, car lifts and electric car-charging. They will sit atop the 15 and 12 storey buildings consented late last year for 26 Cathedral Square.

Work on the $60 million project is scheduled to start in April or May with the first apartments due for completion late next year. The two towers, the first new buildings for Cathedral Square since Canterbury’s earthquakes, are planned by developers REV3 for the cleared site between the Heritage and former Millennium hotels. 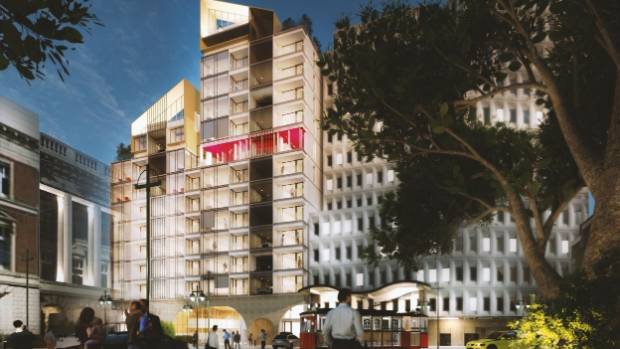 (Work will begin on the apartments in April or May.)

While prices are listed as negotiable, an indicative price list tags the first 278-square metre top floor penthouse at $3.4m, featuring three bedrooms, an office, snug, and four bathrooms. It could cost almost $5.1m if buyers want the large outdoor decks, pools and car parks.  Annual body corporate fees would be close to $24,000.

REV3 director John Fernando said the penthouses would be configured to suit buyers. 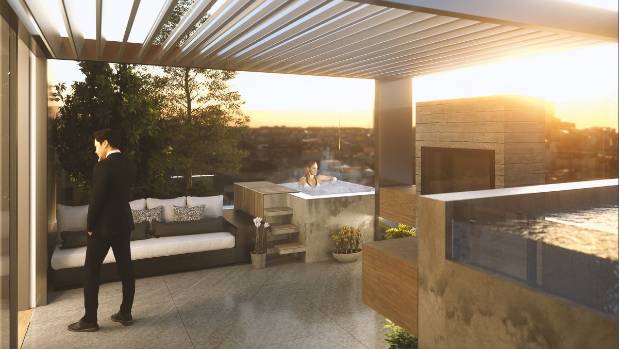 (The penthouses will sell for about $5 million, if buyers want the outdoor areas and car parks.)

“Buyers with $5m to spend are quite fussy. With that amount of money they can buy whatever they want, so they they can get it exactly how they’d like it.”

Fernando said interest in the penthouses had come from in and out of Christchurch, and from overseas. He was confident they would find buyers.

“There are local people who had million-dollar houses before the earthquakes and they are looking for something luxurious. 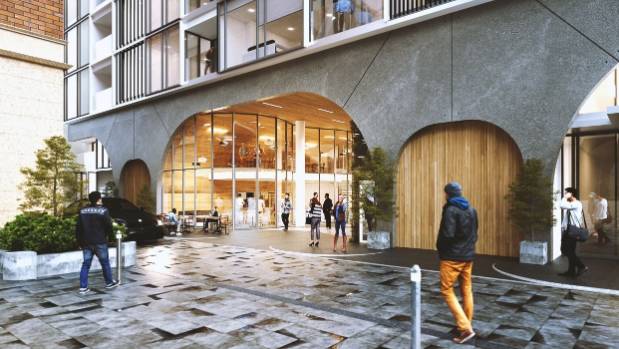 (The ground floor will have a cafe, shops and a walkway linking Cathedral Square to Hereford St.)

The price list shows smaller apartments in the 50-unit complex range from 38sqm studio apartments for $318,000 to a two-bedroom apartment for $880,000. Advertising describes all of the complex’s pre-construction prices as negotiable.

For the $8000-a-metre pricetag, buyers would get the sort of technology that would “be common in 10 years”, Fernando said.

At least 20 of the apartments are intended to be professionally managed as visitor accommodation.

Marketing agent Tariq Kundan, of Mike Pero Real Estate, said the prices “depend on the client, and how much money they have got”.

Fernando and and fellow directors Ivan Presquito and Vincent Ho paid about $3m for the land, formerly the Heritage tower site. They had originally hoped to start building last year.

The two towers will be built separately and connect above street level to span Westpac Lane between the Square and Hereford St. A cafe and restaurant will be included.

Fernando said the project was fully financed and they did not need pre-sales to start construction. They will open an on-site showroom with virtual reality holograms in a few weeks.

Other luxury apartments for sale in central Christchurch include a price-negotiable 210sqm apartment in the Parkbridge complex on Park Tce, and the $1.05m penthouse in the planned complex at 818 Colombo St. Apartments planned for the nearby east frame, a Crown-led rebuild anchor project, will be priced from about $400,000 to $900,000.

A five-bedroom 540sqm Fendalton house set a record for the city last year when it sold for $5.65m.

REV3 only deals with commercial developments and not single detached houses. Please email us and report if anyone is using REV3 emails or contracts for any transactions. Email us at [email protected]